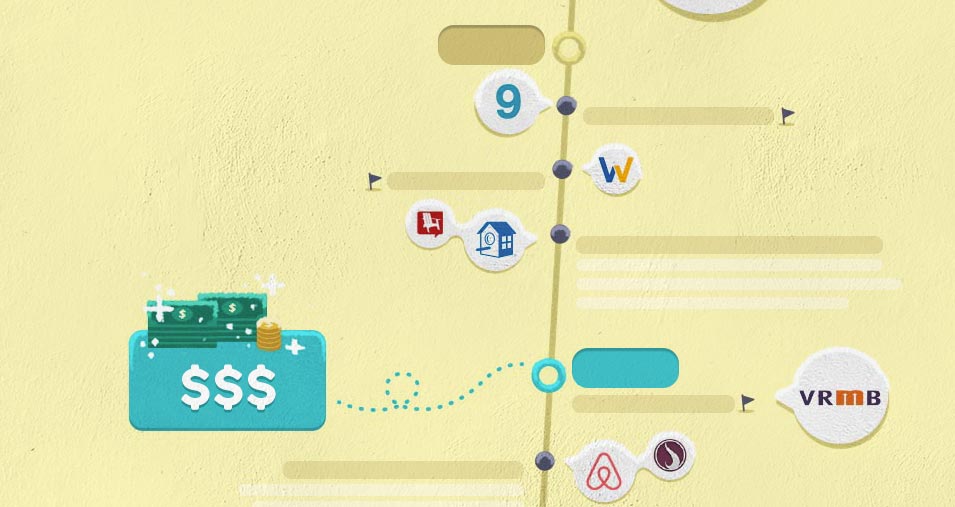 Part 1 of this article gave an overview of the industry’s development. Such as technologies’ influence on vacation rentals, the use of the telegraph and internet that propelled vacation rentals’ popularity.

In Part 2, we provide the industry’s history through the following categories:

More channels followed after the foundation of this platform. An increase in rental popularity and technological growth also expanded the industry. Here is a breakdown of the channel creation and industry mergers over the years:

The vacation rental industry’s evolving regulations is a popular topic. You may remember Airbnb’s restrictions throughout New York and California. From 2010-2011 in NYC, it was illegal to rent many rooms of your property out for less than 30 days, unless it was zoned as a hotel or hostel.

In 2016, NYC decided to pass a law that made it illegal to even list the advertisement of an unregistered host. What is the reasoning behind these regulations? NYC claimed that unregulated short-term rentals “compromise affordable housing efforts.” Financially, these rentals lost communities “uncollected hotel tax revenue.”

Airbnb sued, claiming this policy violates the Communications Decency Act. By December of 2016 Airbnb drops its lawsuit against NYC after agreeing illegal housing fines will apply to hosts and not the company itself. In 2017, Airbnb settles its lawsuit against San Francisco, agreeing to be more transparent with regulatory demands.

April of 2016, Berlin bans landlords from renting out apartments to short-term visitors. Owners can rent rooms in their homes, as long as these rooms “don’t cover more than 50% of the property’s floor space. Landlords will also be able to apply for official permits. [They can] rent out entire apartments short-term from the local borough, with rent equal to the average sq meter of the local area. $100,000 fines to landlords who break the law.”

An update in September 2017, tells us that an apartment owner from a district in Berlin is given a short-term rental permit for his main dwelling. He is allowed to rent his apartment out for 182 days a year. This approval means a turnaround in the Berlin prohibition of the use of property.

Paris: Authorities literally “raid apartments in popular tourist areas, in an effort to regulate Airbnb hosts that rented their properties for more than 120 days/year.”

In San Francisco this year, rentals listed on Airbnb and VRBO were prohibited in residential or commercial (unless specified in zoning rules). As a result, Airbnb began regulating their hosts. In May 2017, they announced their plans to launch a host registration process. This will make it “easy to register their short-term rental with [San Francisco] and obtain a business license through Airbnb’s platform.” This registration will go into effect next year.

Popular channels like HomeAway.com exceeded annual revenues in 2015 of “$500 million. [Their] total current market valuation is almost $3 billion.” For some channels, like booking.com, 70% of their properties were vacation rentals. Thus proving the popularity and growth of rental properties.

Airbnb, as another popular channel, continues to compete internationally. In 2015, Airbnb’s gross bookings, “could be close to or slightly above accommodation bookings for China’s Ctrip and Japan’s Rakuten. These booking volumes put Airbnb well ahead of all regional online accommodation sellers, including Germany’s HRS, the U.K.’s Travel Republic, and Ireland’s Hostelworld Group, among others.”

In August of 2016, Airbnb’s “private market valuation of $30 billion…made it more valuable than Expedia, TripAdvisor, and Ctrip.” By October 2016, Airbnb was the “third-largest online seller of accommodations worldwide. It is probably the fourth-largest online travel intermediary by gross bookings.”

Controversy in the industry has led to the implementation of vacation rental initiatives and protection. One example is from 2014. Airbnb didn’t cover $10,000 in damage when a woman’s rental floods her neighbor’s property. The backlash from this situation paves the way for Host Protection Insurance. The Host Protection Insurance program “provides primary liability coverage for up to $1,000,000 per occurrence in the event of a third-party claim of bodily injury or property damage related to an Airbnb stay.”

In 2016, Airbnb launches new anti-racism and discrimination policies, “such as voluntary anti-bias training for those who list their homes on the service. Or suspensions for those who violate its code of conduct.”

As we mentioned above, Airbnb has continued to provide for its hosts and renters. In Jan of 2015, Airbnb introduced $1 million host insurance coverage policy. Any rental owner that books with Airbnb receives the host insurance, at no additional cost.

There are a variety of opportunities for vacation rental owners to learn from. Be this websites, materials, or conferences, rental owners can interact and network with other individuals in the industry. Here are the most recent avenues:

The Vacation Rental Industry & You

What parts of this timeline does your business experience? What are you most excited for in the industry’s future? Share your thoughts and comments below! 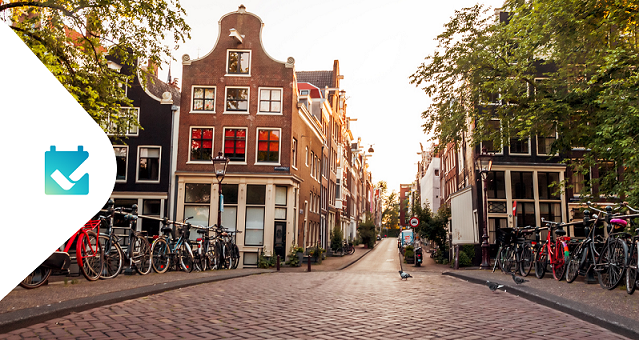 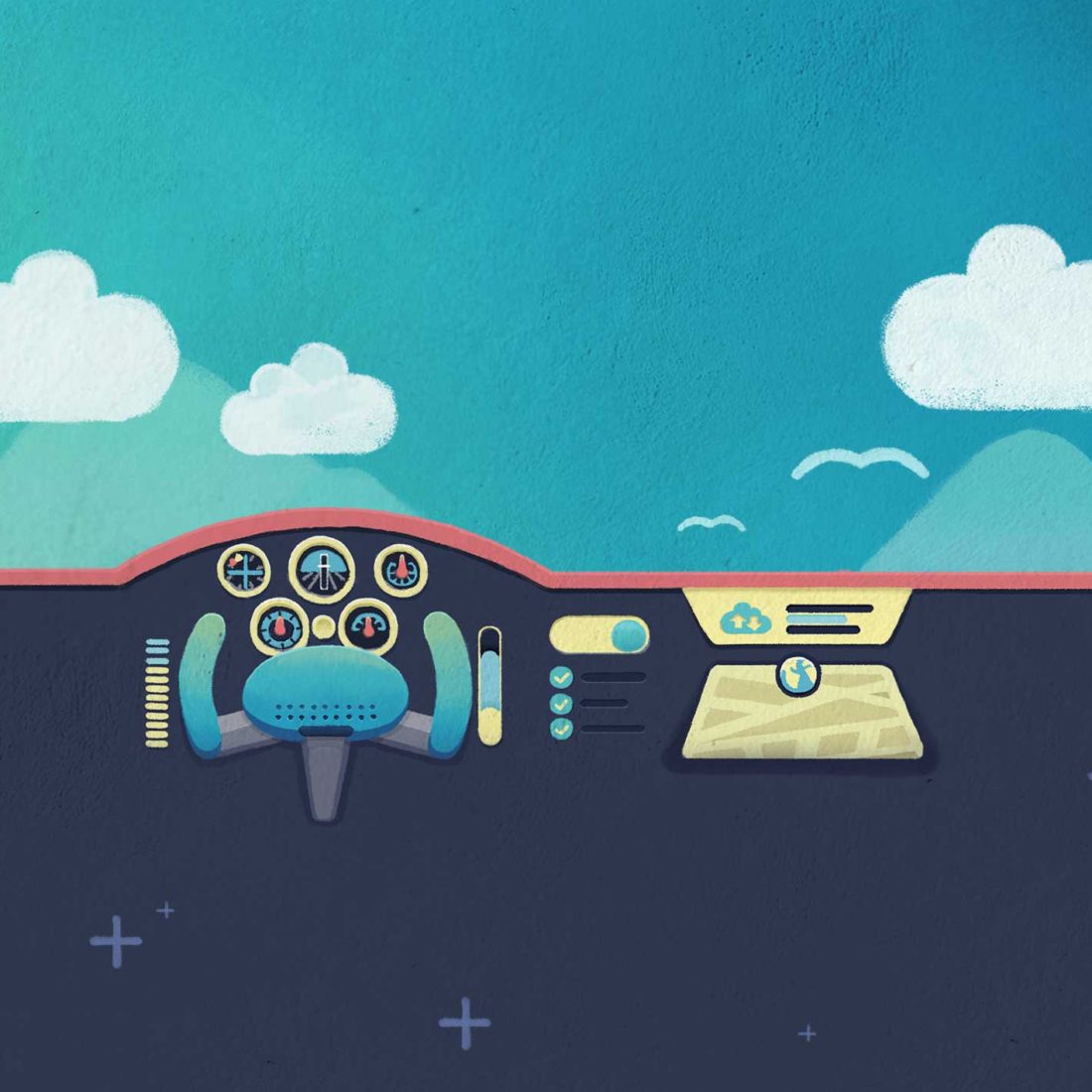 Get New Posts to Your Inbox

Thank you! Your submission has been received!
Oops! Something went wrong while submitting the form.
Title of a News Article